Blues Guitar playing and singer, B.B. King died Thursday, May 11th 2015 at his home in Las Vegas. He was 89 years old. Many of us guitar players relied on some of his licks to complete our solos and back-up rhythm fills. King played a Gibson guitar he affectionately called Lucille with a style that included beautifully crafted single-string runs punctuated by loud chords, subtle vibratos and bent notes. Here’s a feed from FOX news with further information…
Jam On!
-Ron 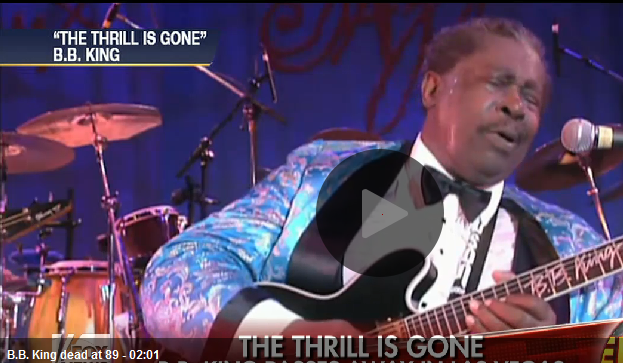 For most of a career spanning nearly 70 years, Riley B. King was not only the undisputed king of the blues but a mentor to scores of guitarists, who included Eric Clapton, Otis Rush, Buddy Guy, Jimi Hendrix, John Mayall and Keith Richards. He recorded more than 50 albums and toured the world well into his 80s, often performing 250 or more concerts a year…

In this case, by playing these notes as viewed on the Music “Power Chord” Dial, you will immediately find yourself laying down some substantial rock and blues sounds, indeed. Generally, they are played on the lower registered (bass) strings, where they have the most ‘punch’ to them. END_OF_DOCUMENT_TOKEN_TO_BE_REPLACED